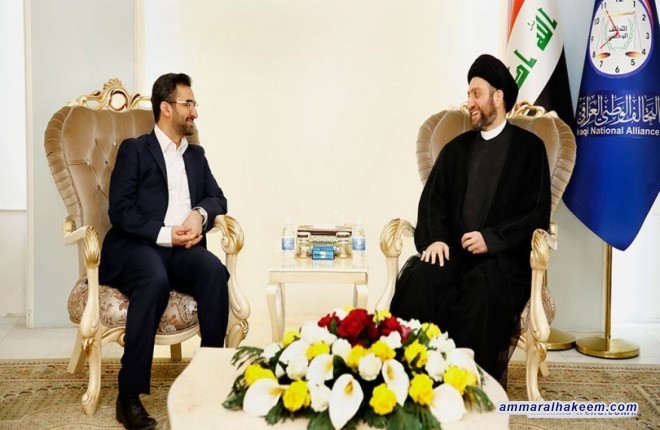 His Eminence discussed bilateral relations between Iraq and the Islamic Republic of Iran, particularly exchange communications and information, pointed out that this aspect is one of the most important aspects supporting development, stability and security.

His eminence stressed that the region is undergoing major transformations and recovering from the effects of terrorist Daesh that was placed to change the balance in the region, warned from being confused between terrorism and Daesh, terrorism is broader and more comprehensive title and it is important to take measures in order to prevent emergence of terrorist environments that incubate extremism.

His eminence indicated that Iraq is stronger than ever before with the firmness of law and Constitution meeting everyone’s interests, called for contributing to achieve stability in Iraq as a prerequisite for establishing stability in the region based on given reality and situation.