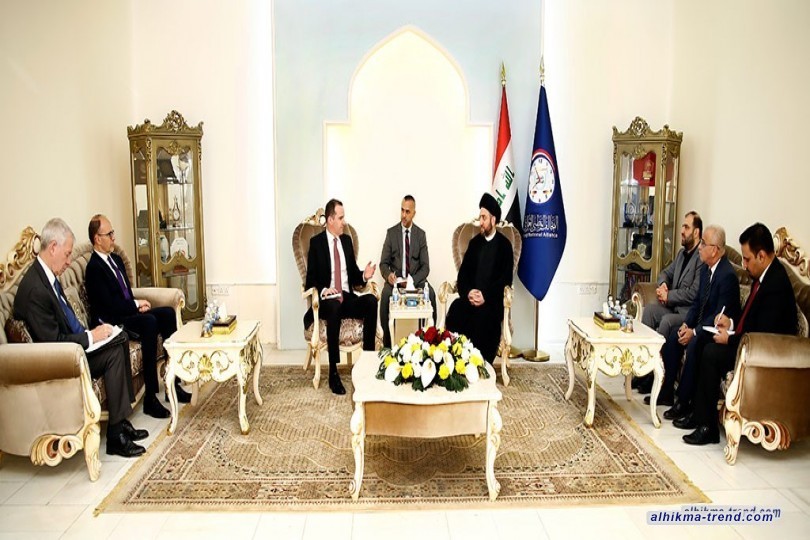 Sayyid Ammar al-Hakim with the envoy of the US President to the International Coalition against Daesh, Brett McGurk to discuss post-Daesh phase and challenges facing unity of Iraq

Head of the National Iraqi Alliance, Sayyid Ammar al-Hakim, at his office in Baghdad received the envoy of the US President to the International Coalition against Daesh, Mr. Brett McGurk, Saturday 14/5/2017

His eminence discussed post-Daesh phase that is close to end, plus covering the challenges facing Iraq's unity and the referendum crisis.

His eminence pointed out that global security is connected to sacrifices made by Iraqis fighting Daesh terrorism which will end in Iraq after the retaking the city of Hawija, and the launch of last two operations towards areas west of Ramadi. His eminence stressed to preserve unity of Iraq and the importance of adhering to the constitution and the laws in force.

Mr. McGurk renewed his country's support for Iraq fighting terrorism, noted that his country supports the unity of Iraq and the relying on Constitution and the law to resolve the problems.