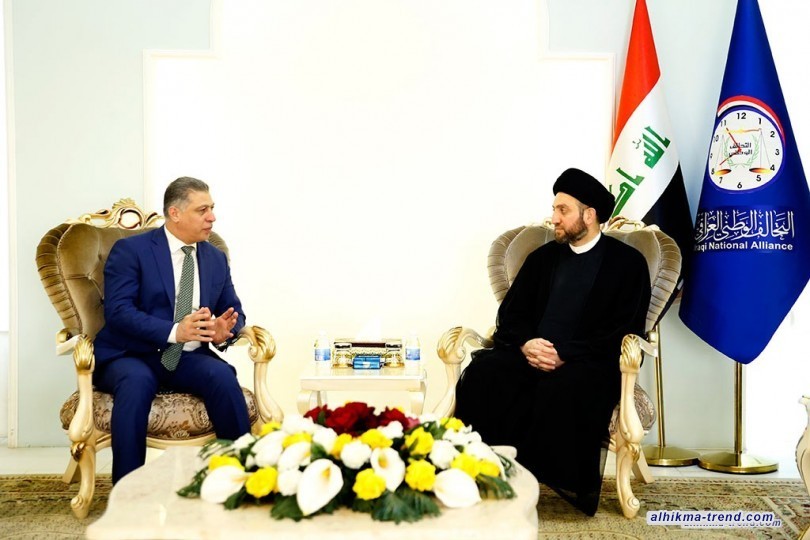 Sayyid Ammar al-Hakim: constitution-based and legal solutions can solve the crisis between the federal government and the Kurdistan Regional Government

Head of the National Iraqi Alliance, Sayyid Ammar al-Hakim, in a meeting with the Turkmen Front delegation headed by Member of Parliament Mr. Arshad al-Salhi Thursday 12/10/2017, considered the constitution-based and legal solutions capable of resolving the crisis between the federal government and the Kurdistan Regional Government, which prevents and protects everyone from reaching military encounter, which is neither wanted nor wished by anyone. His eminence called on Iraqi political leaders to act from a statesmen stand not based on personal interests, noted that the government provided solutions to the crisis, expressed rejection of any federation willing to expand at the expense of the overall federal government for it is obligatory that this new federation would be according to the Constitution and regulated by it.

His eminence praised Kurdish component as a basic component in Iraqi society and had a major role in Iraq after 2003 and in the struggle against dictatorship.

His eminence called on believers in the unity of Iraq to join the National Front to Defend the Unity of Iraq, described the Turkmen component as a genuine component that sacrificed and still offering sacrifice for unity of Iraq.

The delegation of the Turkmen Front indicated that the Turkmen rejected the referendum and did not participate, explained that the Turkmen are a unified ethnicity demanding their constitutional rights, and called on the federal government to be present in Kirkuk to protect citizens.