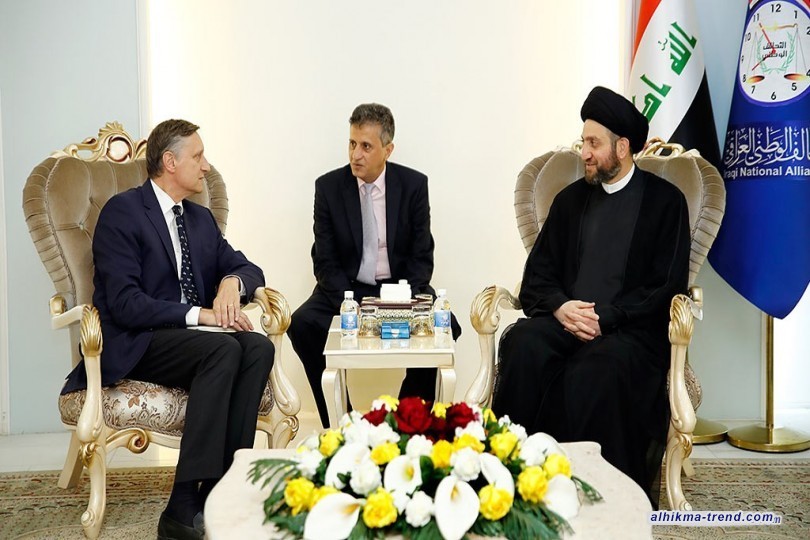 Sayyid Ammar al-Hakim with the German ambassador to discuss achievements of Iraq in the fight against terrorism, defending its unity and protecting the area from division

His eminence discussed Iraq and Germany bilateral relations and the expected roles of international community in reconstruction of the liberated cities and the cities of the liberators. His eminence affirmed that Iraq succeeded in defeating terrorism and defeating the division project, hence it can be said that Iraq fought on behalf of the world and faced a group that targets human, and consequences in the region if the division of Iraq is allowed.

His eminence indicated that Iraq has another challenges the advancement of economic and service, urged the political blocs to realize the size of growth in the nature of Iraqi society, especially youth, and youth skills and potentials and must take role in the administration of the country, as well as surpassing sectarian limitations towards the broader national space.

German ambassador commended sacrifices of Iraqis in the fight against terrorism, as well as praised establishing the Al-Hikma National Movement.