Sayyid Ammar al-Hakim: The postponement of elections is nationwide rejected 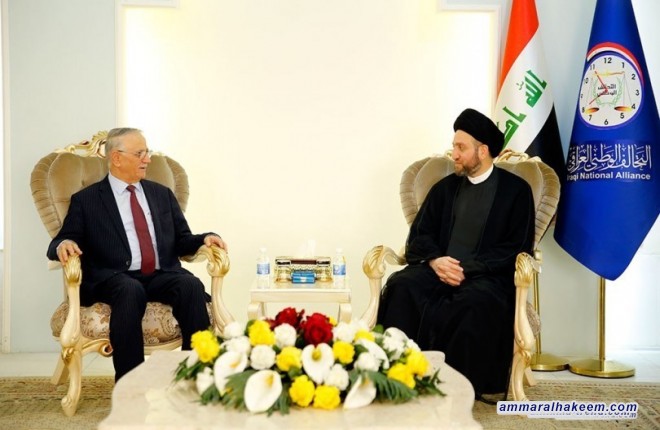 Head of the National Iraqi Alliance, Sayyid Ammar al-Hakim, in his office in Baghdad, met with the secretary-general of the Assyrian Democratic Movement, Mr. Yonadem Kanna, and his accompanying delegation Monday 9/10/2017

His eminence with Kanna discussed the political and security developments in the country, the conditions of the Christian component in Iraq, plus the crisis between Baghdad and Erbil. His Eminence stressed that Baghdad government had wisely dealt with the referendum issue in which made international positions supportive to Iraq.