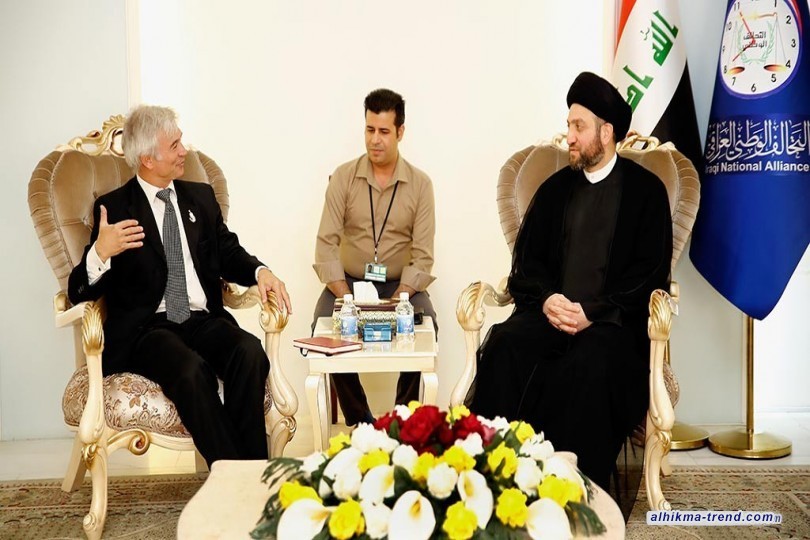 Meeting the European Union Ambassador... Sayyid Ammar al-Hakim: Government's efforts to support the unity of Iraq serves everyone and will not affect the citizens

Head of the National Iraqi Alliance, Sayyid Ammar al-Hakim, met the Ambassador of the European Union to Baghdad, Mr. Ramon Blecua Monday 16/10/2017, his eminence praised the efforts exerted by the Iraqi government to preserve the unity of Iraq, pointed out that these efforts are placed for the service of everyone, including the people of Kirkuk and Iraqi people in Kurdistan, called on the international community to support the unity of Iraq.

His eminence during his meeting expressed his hope for developing relations between the European Union and Iraq to ensure the interests of all, as Iraq being a pivotal country. Discussions also covered developments of the referendum crisis, his eminence stressed the relying on the Constitution and the law to ensure rights of everyone and resolve the problems.

The ambassador praised the roles of Sayyid Ammar al-Hakim and his initiatives, considered that Iraq has returned as a cornerstone for the European Union, expressed his admiration and worlds countries' admiration for the victories achieved by Iraqis against the terrorist Daesh.