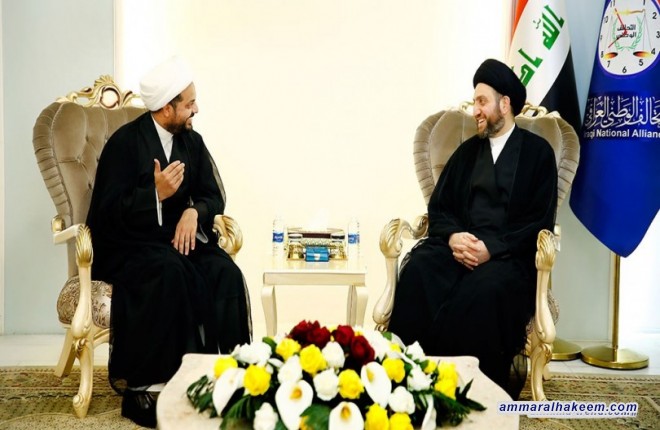 His eminence discussed the latest developments in the security and political situation and victories achieved by security forces and the popular mobilization forces. His eminence emphasized on keeping the unity of the national lines and rejecting the results of the referendum because of its no legal neither constitutional grounds, plus making quick steps to redress the referendum results especially that public is supporting the government.