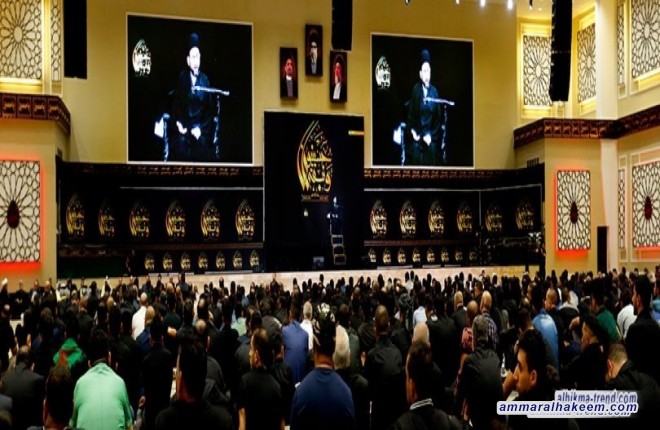 Head of the National Iraqi Alliance, Sayyid Ammar al-Hakim, on the night of the tenth of Muharram at the Hussein memorial, held in his office in Baghdad Saturday, 30/9/2017, his eminence warned of envy among community as one of the obstacles to insight, indicated that envy is not glee and miserliness and altruism.

His eminence stressed the importance of altruism and wishing good for everyone, cited the story of Prophet Yusuf (peace be upon him) and what envy did to his brothers, indicated that altruism spread good among people, bring the mercy of God and encourages cooperation among members of society.

His eminence pointed that the followers of Hussein had insight, stressed that al-Hussein (peace be upon him) asked his followers, as he wanted supporters who know on what they relay, their answer was loyalty to the project and martyrdom on the principle of Hussein, which is an extension of the mission of prophet Mohammed.