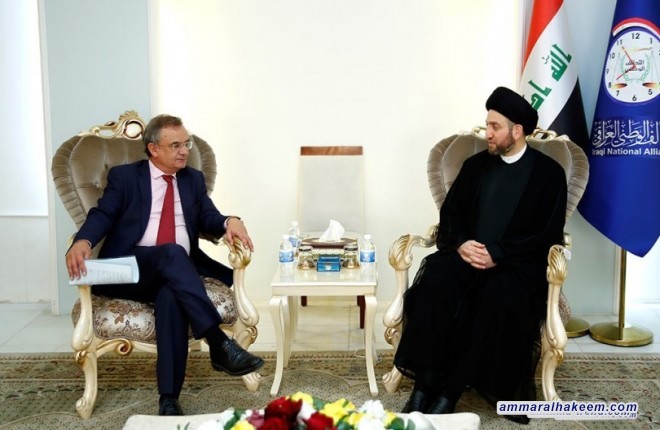 His eminence during his discussion with Escobar emphasized regarding the situation in Iraq and the region that terrorism is to disappear and that the redressing Takfiri ideology is the responsibility of everyone, called for tackling and prevent destructive ideas under the pretext of freedom of expression, pointed to the importance of electronic surveillance on the terrorist activities in cyberspace and monitoring terrorism funding, warned of the repercussions of terrorism defeat in Iraq reflecting in a number of countries, cities and capitals to prove existence and threat to international security.

During the conversation with the Spanish Ambassador, his eminence stressed on the unity of Iraq and commitment to the agreed Constitution by all, including the Kurds brothers.

Mr. Escobar indicated that Iraq and Spain live the challenge of territorial integrity, pointed out that the Spanish constitution, similar to the Iraqi constitution does not allow division of the country plus the rejection of European Union to independence movements, called for arbitrate Constitution and laws in resolving the problems between the regions and federal governments,